On the evening of May 3, our church hosted a gala evening to raise funds for our iconostasis, which is soon to be installed (the shipment is on its way from Crete, and will be arriving in San Francisco before long). Although our volunteers were a bit nervous about undertaking such an ambitious and complex event, with the experienced guidance of the event chair, Kate Logvy, it was a great success, raising over $50,000.

More than a hundred friends from around the Bay Area and parishioners gathered for a cocktail hour with pieroshki and a variety of hors d’oeuvres, which was held in our courtyard. It was an opportunity to socialize and catch up with old friends and acquaintances. Outdoor background music was provided by Yura Engourasoff, who played keyboard and sang traditional Russian ballads and pop music hits. The silent auction outside, displayed on numerous long tables, featured well over sixty prizes, including concert tickets, gift baskets, and certificates to dine at local restaurants and taste at area wineries. Thanks to all the volunteers who solicited prizes, including in person, from Bay Area businesses. Frank Sunseri, our auctioneer, became acquainted with our community and visited our church before getting to work on encouraging timely high bids on all the prizes. Meanwhile, our young volunteers sold “keys” to unlock a large treasure chest of gift certificates later in the evening, necklaces for guests to play a game to win a weekend in Lake Tahoe, and cards to enter a chance to come home with a $1,000 wine collection. Thanks to all the young people who so professionally and cheerfully served at our event. Your charm and talents really shone that night.

The dinner, generously catered by American River Provisions in Sacramento, was served in the hall, which in a short time (since Wednesday night, our previous hall rental) had been transformed by our crew into a sparkling, elegant venue. Guests enjoyed wine donated by Woodenhead Vintners and a menu of Santa Maria–style tri-tip, roast potatoes, salad, and seasonal vegetables. Exotic cocktails, including a scorpion bowl, and lavish desserts, such as a Napoleon, were auctioned off to be shared by individual tables. The live auction began after the meal, and several generously donated packages, including a blind wine-tasting at the Krassovskys, a catered dinner for ten by American River Provisions, a home rental on Clear Lake, and a getaway in Las Vegas, were awarded to the highest bidders.

Our guests surpassed expectations with their generosity, even as the evening was drawing to a close with a final “fund-a-need” auction to donate toward the remaining financial goals of the event. Several thousand dollars were raised at each step of the evening, thanks to the enthusiastic style of our auctioneer, so many great prizes, and everyone’s desire to be a part of this important, God-pleasing project. Even now, our fundraising night is inspiring other parishes to emulate its success. In the meantime, we plan to retire from auctions for a while to focus on preparing for our church’s consecration…. 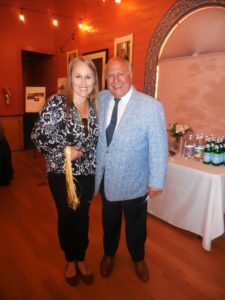 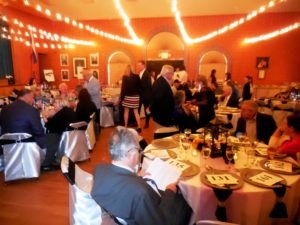 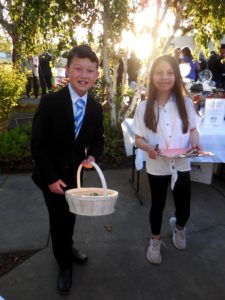 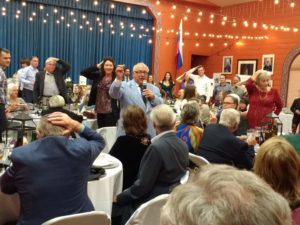 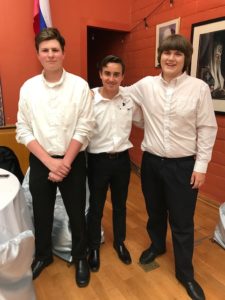 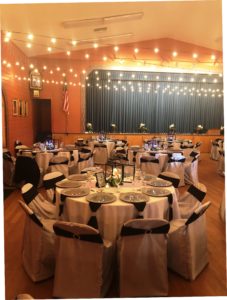 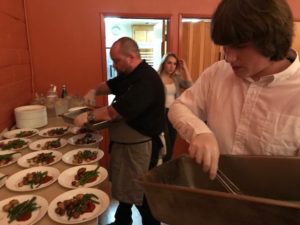